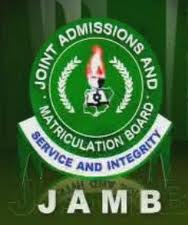 The Federal Government on Tuesday in Abuja approved cut-off marks for admission into tertiary institutions for the 2013/2014 academic session.


The Minister of Education, Ruqayyatu Rufa’i, announced the cut-off marks into Colleges of Education, Polytechnics and other degree-awarding institutions as 150 while 180 is for Federal Universities.

With the release of this information, all is now set for institutions to begin releasing their Post-UTME information. Aspirants are advised to get their original study materials such as post-utme past questions for their schools of choice and 1 year of SMS alerts from www.myschool.com.ng. You can order for it by clicking here

She said the meeting was to plan for the selection of qualified candidates into the nations tertiary institutions and also to restore confidence in the education system.

“I implore all stakeholders to follow the Federal Government’s guidelines on admission which stipulates a 70:30 Technology/Non-Technology ratio for ND programmes.

“Also, 60:40 Science/Arts ratio for Degree and Nigeria Certificate in Education programmes and also to observe the criteria on merit, catchments and educationally less developed states.

“In addition, we must not forget the carrying-capacity of our institutions as approved by the accrediting bodies,’’ she said.

According to her, the accreditation bodies are the National Universities Commission (NUC), National Board for Technical Education (NBTE) and National Commission for Colleges of Education (NCCE).

Rufa’i said in order to enhance the carrying capacities of the country’s institutions the ministry had undertaken continuous development and rehabilitation of infrastructure in the institutions of higher learning.

She, however, said the Tertiary Education Trust Fund had disbursed N256.4 billion over the past three years for diverse development activities in the institutions.

She said that at the polytechnic level all the 51 Federal and state and polytechnics had benefited from rehabilitation and upgrading of their laboratories to 21st century standards at a total of N15 billion.

She said that this had helped to enhance the teaching and learning process in the institutions.

She also said that work had also started on the construction of micro-teaching laboratories in our colleges of education.

The minister also said that all Federal Colleges of Education and one state College of Education per state would benefit from this, making a total of 58 institutions at a cost of N11.6 billion.

“I am pleased that these interventions continue to translate to expanded carrying capacity in our institutions.

“I urge all institutions to carefully examine their carrying capacities in relation to their expanding infrastructure. You must make sure that you fill the quota for each course.’’

She called on all institutions to adhere to the admission timetable as prepared by the Joint Admission and Matriculation Board (JAMB).

Rufa’i commended JAMB on the successful conduct of the 2013 UTME.

The Registrar of JAMB, Prof. Dibu Ojerinde, said the meeting was to prepare grounds for needed capital development to engineer the Nigerian Technological growth that would be attained through quality and functional education of the citizens.

“Let me remind all the federal institutions that the ratio of 45:35:20 for merit, catchment and educationally less-developed states, respectively, is still in force and should be adhered to strictly to ensure national cohesion.

“All Nigerians must be given the opportunity to mix and educate freely in any part of the country.’’

Ojerinde also said the ratio of 40:40:20 for state-owned institutions must be strictly adhered to. (NAN)
at 12:08 pm
Email ThisBlogThis!Share to TwitterShare to FacebookShare to Pinterest